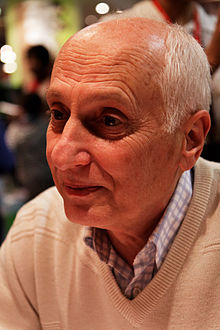 This year, the presidence of the jury is entrusted to Michel Ocelot.

whose name is inseparable from that of Kirikou. His adventures, inspired by African tales have fascinated young children as well as their parents. Michel Ocelot discovered animation cinema as an amateur, which gave him a taste for simple things requiring few resources, such as Chinese paper-cut shadows. He was awarded in 2011 with the Prix Henri Langlois (Animation Film and Moving Image) for all of his work.

Since its inception, the chair of the jury was entrusted to Claude Lelouch, prolific filmmaker, documentary filmmaker and writer, and Jean-Paul Goude, to whom we owe one of the most significant contemporary graphic universe. In very different areas and styles, they both embodied the passion for the image.

To award the 4 prizes for the best films of the 2015′s selection, Michel Ocelot will be accompanied by: