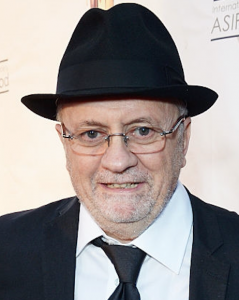 This year, the presidency of the jury is entrusted Didier Brunner.

Combative and innovating independent producer, he revolutionizes the landscape of cinema animation with the first feature film of Michel Ocelot on the adventures of Kirikou, whose immediate success insufflated a new breath with the industry of animation film in Europe. He surprised us again with the triplettes of Belleville of Sylvain Chomet, then the secret of Kells of Tomm Moore or, more recently, by entrusting Ernest & Célestine’s filmmaking of the young director Benjamin Renner who has just been graduate from animation school. He is regarded today as one of the founding fathers of contemporary European cinema animation.

After 27 years within the company “Les Armateurs” which was founded by him, four nominations at the Oscars and won one César for the best cartoon film, inter alia, he received this year at the Annie Awards in Los Angeles, the Winsor McCay Award for the whole of his career.

Didier Brunner launched out in 2014 in a new adventure with the “Folivari” production company, which he has created with his two children and they have already full of ambitious projects.

To award the 4 prizes for the best films of the 2015’s selection, Didier Brunner will be accompanied by:

President of the jury for the first edition, Claude Lelouch, prolific scenario writer, at the same time director, documentarist and screenwriter, announced the name of the rewarded young talents. He was followed by Jean-Paul Goude, to whom we owe one of the most outstanding contemporary graphic universes. Michel Ocelot, whose name is indissociable of “Kirikou”, chaired the jury of the 3rd year, and Sylvain Chomet, writer, composer, draughtsman and director rewarded for a Oscar of his film “Triplettes of Belleville”