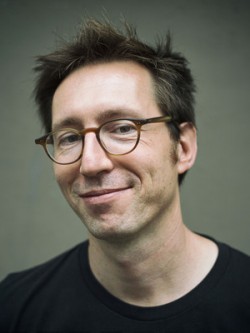 This year, the jury presidency has been untrusted to Christian Desmares.

After animating the characters of Marjane Satrapis’s Persepolis (2007), Christian Desmares takes on the great challenge to interpret the world of French comic’s artist Tardi for his first feature April and The Twisted World (2015), codirected with Franck Ekinci that wins the Cristal for Feature Film the same year at Annecy Festival and a nomination to the French César the following year.

The members of jury:

The jury presided by Christian Desmares will reward the best films on the National and International competitions and the best short and best video game issued from the Antimation Jam.

Festivalgoers are invited to vote at the end of each screenings to grant the AUDIENCE AWARD to the films in competition.